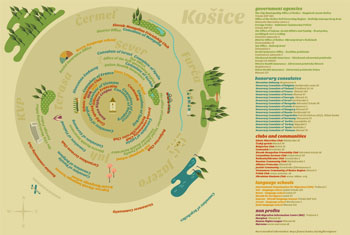 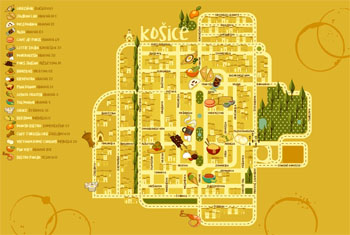 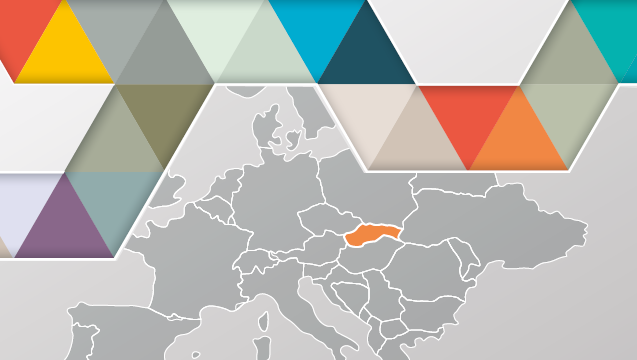 Guide for Asylum Applicants in Slovakia

The City of Košice’s priority is to take care of its residents who have permanent residence in Košice. The Act No 369/1991 Coll. on the General Establishment, as amended, states:
“The basic task of the municipality in the performance of self-government is to care for the comprehensive development of its territory and the needs of its residents” while “the resident of the municipality is a person who has permanent residence in the municipality” (see § 1 (2) and § 3 (1) of the Act). The provision also applies to foreigners with permanent residence in the Slovak Republic[1].
This provision sets out the duty of the municipality to take care of the needs of all persons with whom it has a legal relationship, which is established by permanent residence irrespective of nationality.
Regardless of the type (permanent, temporary, tolerated) and purpose of residence, foreigners in Košice have to deal with life situations and problems like any ordinary resident. Their starting situation is, however, diametrically different from that of the majority population living in the City over the long term, who is able to understand the system, to master the language, to orientate themselves in the City, to understand the functioning of institutions, etc. In order to successfully integrate and live in the City, this group clearly needs support and assistance from self-government and other actors meeting the different areas of integration – housing, education (children and adults), employment, health and social care, cultural and social integration, etc.
In case of a certain life situation, which fall within the authority of the City of Košice, foreigners can contact the relevant department at the City District Office or get basic information at the First Contact Office at the City Municipality Office of Košice.
The relationship between the city and its residents is bilateral.
The resident of the municipality participates in the development and improvement of the municipality and supports the municipal authorities.

Right to participate in the self-government, vote and to stand as a candidate

The right to participate in the self-government (except for the right to vote and to stand as a candidate at municipal elections and to vote in a local referendum) also applies to those who possess immovable property in the territory of the municipality or pay a local tax or local fee, are registered as a temporary resident in the municipality or enjoy the status of honorary citizen of the municipality[3]. The Act on the General Establishment grants this right also to foreigners who were granted temporary residence in the Slovak Republic[4]. This category of foreigners can play an important role and participate in the life of the city, even though the law does not consider them to be residents of the city[5].
Komisia národnostných menšín pri MZ (City Council Committee for Minorities) works as an advisory body for the City Council. Representatives of several minorities are members, so if you feel like consulting ideas or concerns related to the life of minorities, contact the chosen member.

Social services such as social counselling, care services, social housing and housing for pensioners, catering for pensioners, services of community centres, shelters etc. are primarily provided by the City of Košice, City Districts Authorities or in partnership with other organizations. One of the institutions founded by the City of Košice is the Psychosocial Centre, which provides social counselling and psychological support. The complete list (incl. also services provided by NGOs, charity or church organizations) can be viewed here.
Pursuant to the Act No 448/2008 Coll. on Social Services, recipients of social services who are not only Slovak nationals, but also an EU and EEA citizens and their family members, persons granted international protection and generally speaking, other foreigners granted permanent and temporary residence are entitled to such services.

Right to request assistance in the event of a sudden emergency

The City of Košice is responsible for state primary schools and the City Districts for state nurseries/kindergartens. More information about How, when and where to enrol the child to school in Košice can be found here.

Local taxes[8], which can be levied by a municipality, include: a) real estate tax, b) dog tax, c) tax on the use of public areas, d) accommodation tax, e) tax on vending machines, f) tax on non-winning gaming machines, g) tax on the entry and staying of motor vehicles in historical parts of towns, h) nuclear facility tax. Municipalities impose local fee for municipal waste and minor construction waste.

Right to associate – set up associations or organisations

Citizens may established societies, companies, leagues, movements, clubs and other associations of citizens as well as labour union organizations (henceforth only associations) and to join them. Associations are legal persons. State organs may interfere in their formation and activity only within the limits established by law.

Right to apply for various grants and implement various projects e.g. in the field of integration of foreigners (language, culture)

Grant scheme of the City of Košice

Grant scheme of the Košice region – culture, sport, support of young people, and others

Grant scheme of the Ministry of Culture of the Slovak Republic

Grant scheme of the Ministry of Interior – AMIF (Asylum, migration and integration fund)

It is recommended to contact relevant department at the City District Office (according the address of the registered place of residence) or The City Municipality Office of Košice for detailed information.